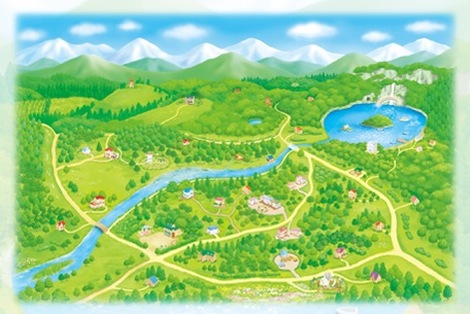 Sylvania
At the beginning of production, in 1985, Sylvanian Families were released in both Japan and North America, albeit with different packaging and minor differences to the characters themselves. In 1987, the success in these markets led to expansion into Western Europe.

In 1999, Sylvanian Families were reintroduced in the UK by Flair, and around the same time, the Calico Critters line were distributed in the US and Canada by a new company, International Playthings, LLC.
(source: Wikipedia)